What Long-time Students Are Saying About Master Liu 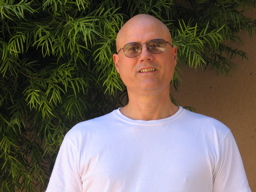 I have been studying Tai Chi for 30 years on and off, with many different teachers.  Some have been good and many have been bad, but none of them had a systematic way of teaching Tai Chi. They would just say do this or do that in a random fashion, so there was no continuity to their teaching.

Sifu is the only teacher I have ever had, who has a step by step way of teaching Tai Chi. Each step builds upon the previous step.  The chi development and movement inside the form keeps becoming more and more refined and subtle.

Sifu’s push-hands is the best I have ever experienced.  It is just like the way the old masters wrote about it in the Tai Chi Classics.  Here, also, he teaches push-hands in a step by step manner.

Sifu’s Fa Jin is also the best I have ever found.  Again, he does it like it is described in the classics.  Fa Jin, done properly, is magical; because you don’t feel any thing and the opponent goes flying away.

Sifu knows Tai Chi from A to Z and has a step by step way to teach it.

I feel very fortunate to be studying with Sifu.  Thank You Sifu. 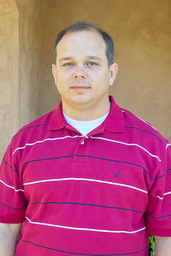 When I first saw Master Liu demonstrate the form and practical application, I was intrigued by the flowing movements and the casually generated power. I was then asking questions of how and why he was practicing a martial art so slow. Soon after I began my study of Wu Hao Tai Ci, I became enamored with its practice. I was struck of the very subtleness of the requirements. Instead of an outward focus, there was an intense inward focus, as if opening a large box then subsequently finding another box inside. After three years of practice, I came to wonder how vast this kind of knowledge there was regarding Tai Ci.  Master Liu, has always been the patient teacher. He teaches in way that raises the curiosity and enthusiasm of the student. I’m always in amazement that he can look at one’s form and discern what the student is doing internally and then provide objective comments to help the student gain a deeper understanding of the requirements. When Master Liu answers students’ questions, he has always been able to answer clearly and succinctly and demonstrate the Tai Ci skills in the context of the question. I’m most appreciative in having the opportunity and privilege to learn from him.

Editor’s notes: Jon began his studies with Master Liu in 1995, learning both Tai Ci and Tui Na. Having noticed a close relationship between Tui Na and Tai Ci, Jon began to study Tui Na more deeply. Along the way, he attended Pacific College of Oriental Medicine to gain a more academic knowledge of Chinese Medicine and acquired his Certified Massage Therapist License under the California Massage Therapy Council. He retired from the Marine Corps in 2010 and is a practicing Massage Therapist based in San Diego, California ([email protected], phone: 949-940-6970). 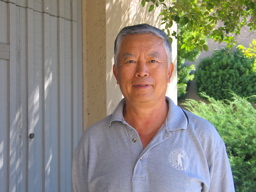 We are very fortunate to have such a great Tai Chi teacher. Master Liu is not only knowledgeable on all of the theory and principles of the Tai Chi, he also uses very practical ways on teaching Tai Chi to make sure we can understand.

I am very gretetful to have this opportunity to be his student and all what I have learned shall benefit me for the rest of my life. 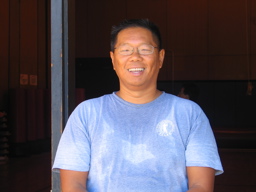 When asked to summarize my experience of learning and practicing Wu Hao Tai Chi with Master Liu, the word “Enrichment” immediately comes to mind. Learning any forms of Tai chi and practicing it diligently is not enrichment (although it will bring tremendous benefit to your health). Learning Tai Chi Theory in a methodical, incremental way so that the knowledge can be integrated into one’s intellect is enrichment. For the last three to four years, the joy of being able to read some classic theory books and understand, experience the effect during the practice is insurmountable and made me realize the true meaning of the saying of “Tai Chi is such a treasure that’s worth of life-time digging (learning)”. And I owe it all to Master Liu.

I first met Sifu Liu over eight years ago at a Tui Na seminar which led to my practice of Wu Hao tai chi.   His tai chi teaching methods are well structured, yet accommodates the hectic lives we all find ourselves living.  He is never overly critical of one’s progress, yet constantly inspires his students to advance their skill level.  Sifu Liu is never one to withhold his knowledge and works tirelessly to train his students so that future generations will be able to practice and appreciate this unique style of tai chi.  I was once told that Sifu Liu considers each student like a son or daughter.  He nurtures his pupils like a kind father and feels a heart broken loss whenever a senior student passes on to other endeavors in life.  I have witnessed this over the years and attest to his strong commitment to his students along with his knowledge and skill in Wu Hao tai chi. 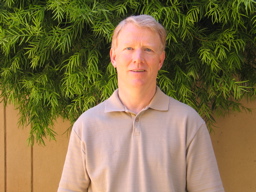 I have been a student of various martial arts for over thirty-five years.  I started to study tai chi chuan thirteen years ago because of its known health benefits and because as one ages declining reaction time and strength drastically affect external martial styles.  During my first eight years of studying tai chi chuan I searched for and found only a few teachers who had the internal energy enabling them to actually perform tai chi chuan. None of them were able to teach or explain how they developed that energy.  I read countless books and articles searching for an understanding and a methodology to allow me to develop internal energy.  I know now that almost all of what I read was of no benefit toward that goal because the authors either did not know how to develop internal energy or could not explain how they did it.  Five years ago I saw in the Tai Chi magazine that a master was teaching Wu Hao tai chi chuan in this area.  I attended a class to see what it was like and what I found amazed me.  Master Liu’s ability to effortlessly move an opponent seemed like magic.  In all the time I had studied martial arts I was never so impressed.  But more importantly, I not only found a teacher would could perform his art at the very highest level, I found a teacher who knew how to transmit his knowledge in a structured and systematic way.  I also found a teacher who was patient and willing to answer questions.  I knew that studying with Master Liu was the best opportunity that I would ever have to become really proficient at tai chi chuan.  I have now been one of Master Liu’s students for the past five years and feel that I have been making continuous progress and hope to continue to do so.  I have found that studying tai chi chuan with Master Liu has been very rewarding and I am very grateful to be one of his students. 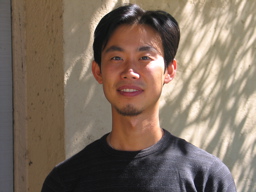 The Chinese often speak of yuan (“predestined affinity”), which links people across space and time and causes the formation of relationships.  It is beyond luck or chance that we all came to meet Sifu.

I am forever grateful for the opportunity to realize the profound and universal insights of Tai Chi.  This has been only possible because of the lifelong dedication that Sifu has invested into research and transmission of this art.  The depth of understanding he embodies is only matched by his sincerity to share it.  As a martial artist, doctor, teacher, and genuine human being – I look to him for inspiration.

A few years after embarking upon this path, I anticipate the endless and rewarding process of cultivation that Sifu has led us upon.